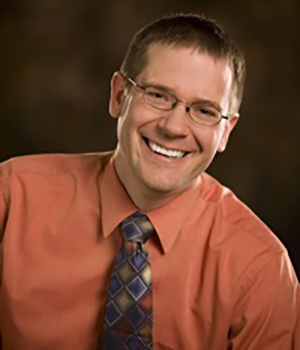 Carey
★★★★★
Read More
Dr Robison is always present and never seems rushed during appointments. He has provided me with excellent care, responds to all my questions with depth and detail and is thorough and professional. My pregnancy with my son was considered high risk due to several factors and I felt that he went the extra mile to monitor me and my baby and that we received the highest standard of care.
Allison
★★★★★
Read More
Dr Matt is an amazing doctor!! Whenever I see him, he goes above and beyond to make sure all my questions are answered and that me and my baby are in good shape! I have really enjoyed going to him and would highly recommend him to anyone!
Patty
★★★★★
Read More
Dr. Matt Robison is definitely a doctor that cares for the individual patient. He went above and beyond in very real ways with my health care and even called me personally. I would recommend him VERY highly to any friend or family member. He’s the best!
Brooke
★★★★★
Read More
Dr. Matt is always very considerate & professional during my visits to the office. They staff is very kind and helpful. I would recommend to anyone who is looking for OBGYN.
Sammie
★★★★★
Read More
Dr. Matt was my doctor throughout my pregnancy and he was excellent. He listened to all my problems and concerns and was on top of everything!
Previous
Next

Dr. Robison’s osteopathic education is extremely beneficial to women as additional musculoskeletal training provides unique understanding of how a woman’s body reacts throughout a pregnancy. Also, osteopathic training provides an insightful view as a woman matures and enters into menopause.

Dr. Matthew Robison is the oldest of seven boys and was raised in Newark, Delaware. He started his college education at BYU Idaho but accepted the opportunity to serve an LDS mission in Bahia Blanca, Argentina. Along with his missionary efforts, he learned and became proficient in conversational Spanish. He returned from Argentina and finished his undergraduate education at University of Idaho.

He completed Medical School at Kirksville College of Osteopathic Medicine, in Kirksville, Missouri. After medical school, he did almost two years of Internal Medicine residency until he finally found his true calling, Obstetrics and Gynecology. He then pursued and completed a residency in at Genesys Regional Medical Center in Grand Blanc, Michigan.

Dr. Robison met his dear wife Denise while attending BYU Idaho and after supporting him through his medical training, she was excited to move back home to South Eastern Idaho. They have one girl and two boys. Dr. Robison’s interests include spending time with family. Together they enjoy bow hunting, fishing, mountain biking, skateboarding, snowboarding and playing ice hockey.