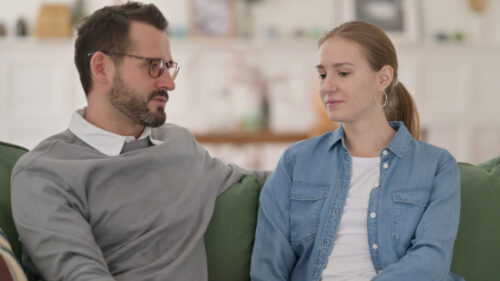 When the fallopian tubes are closed, the egg cannot move from the ovary to the uterus. When the sperm cannot reach the egg for fertilization, the ability to have children is removed.

Sterilization is a highly effective way to prevent pregnancy. However, while extremely rare, a woman can become pregnant after a tubal occlusion. The possibility of a women becoming pregnant within a year of the procedure is less than 1%. The probability of a women becoming pregnant after a tubal occlusion after 10 years is less than 4%.

Sterilization is permanent method of birth control and is not meant to be reversible. Before having the procedure, women and couples must be certain that they do not want children in the future. If the sterilization procedure is performed and the woman or couple change their mind after the operation, a reversal surgery may be performed (along with assisted reproductive technology) to attempt pregnancy. However, these procedures are expensive, may not be covered by insurance and there is no guarantee of pregnancy.

There are two ways that sterilization for women can be performed: minilaparotomy or laparoscopy.

Minilaparotomy is a procedure where a small incision is made in the abdomen and the fallopian tubes are brought up through the incision. A small section of each tube is removed or both tubes are removed completely. Less often, clips are used to close off the tubes. This approach is frequently is used immediately after delivery.

Laparoscopy is a type of surgical procedure that uses a device called a laparoscope to view the pelvic organs. The fallopian tubes are closed off using instruments passed through the laparoscope or with another instrument inserted through a second small incision. The tubes can be tied or cut, removed entirely, or burned to achieve closure.

A vasectomy is a procedure performed on men to block the movement of sperm from the testicles during ejaculation. Normally, sperm is mixed with semen and moves from each testicle through a tube, called the Vas deferens.

During a vasectomy, one or two small openings are made in the skin of the scrotum. Each Vas deferens is pulled through the opening until it forms a loop. A small section is cut, tied, or clipped out of the loop and removed. The two ends may also be sealed with heat causing scar tissue to grow and further block the release of sperm. Each Vas deferens then is placed back into the scrotum.

It takes up to 4 months for the semen to become totally free of sperm. A couple must use another method of birth control or avoid sexual intercourse until a sperm count confirms that no sperm are present.

A vasectomy generally is considered to be safer than female sterilization and requires only local anesthesia. Also, there is no increased risk of ectopic pregnancy if the vasectomy fails. Risks of vasectomy include minor bleeding and infection. Major complications are rare.

At Rosemark, we do not perform vasectomies, please contact an urologist if you are interested in that procedure.

Women who are considering permanent sterilization should call Rosemark Women Care Specialists and make an appointment with one of our board certified obgyn physicians.