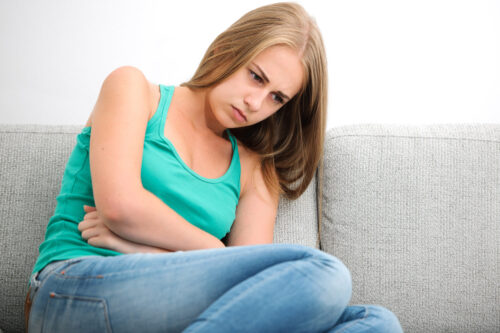 Menstrual disorders are a disruption in physical and/or emotional symptoms just before and during a woman’s period. It can include heavy bleeding, irregular periods, missed periods and unmanageable mood swings.

Types of menstrual disorders include:

Menstrual disorders can be caused by many different conditions, including hormonal imbalances, pregnancy, infections, trauma, medications, tumors and diseases.

Some of the common causes of absent, infrequent, or irregular periods include:

Common causes of heavy or prolonged periods could include:

There are two types of dysmenorrhea, primary and secondary. 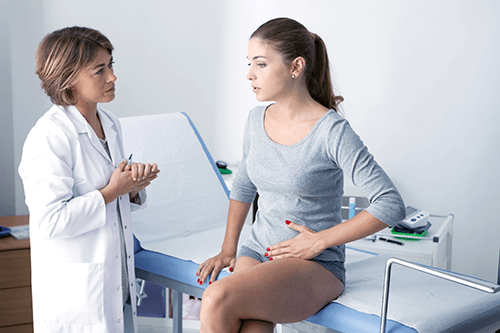 When women have cramps with their period it is termed primary dysmenorrhea. More than half of women who have periods experience dysmenorrhea for 1 to 2 days each month. It is the most common menstrual disorder reported.

Generally, primary dysmenorrhea begins as soon as a girl starts her period or in the month’s right after. Dysmenorrhea may decrease with and age and after childbirth.

Women who are suffering with dysmenorrhea are encouraged to talk with a Rosemark gynecologist who will review medical history, symptoms and the menstrual cycle irregularity. The gynecologist will perform a pelvic exam and may order an ultrasound exam. In some cases a surgical procedure called a diagnostic laparoscopy may be necessary to examine the inside of the pelvic region.

The Rosemark gynecologist may recommend medications to see if the pain can be relieved. Certain pain relievers, called nonsteroidal anti-inflammatory drugs like Ibuprofen, may be used to address the pain. Other pain relievers or hormonal medications, such as birth control pills, may also be prescribed. These medications reduce the amount of prostaglandins manufactured by the body and lessens their effects and may make menstrual cramps less severe.

If medications do not relieve pain, the treatment plan will change focus to finding and removing the cause of dysmenorrhea. Surgery may be necessary and in some cases, a mix of treatments works best.

Premenstrual syndrome is a commonly used term to describe physical and psychological symptoms associated with the menstrual cycle. Up to 40% of women experience symptoms severe enough that it interrupts their lives.

One of the most common symptom is depression, but there are over 150 documented symptoms of PMS that might affect a women five to seven days before her period and disappear once her period starts or very soon after.

Some of the emotional and physical symptoms associated with PMS include:

The major difference between PMS and PMDD is that of a mild tension headache with PMS and a migraine with PMDD. Other common symptoms of PMDD are:

The physical and emotional symptoms of PMDD are cyclical. When a woman starts her period, the symptoms should subside or end within a couple of days.

Abnormal uterine bleeding may include the absence of menstrual bleeding (amenorrhea), heavy bleeding or bleeding between periods (irregular bleeding).

The absence of a menstrual period is referred to as amenorrhea. There are two kinds of amenorrhea, primary and secondary.

Primary amenorrhea is the condition when a teenage girl turns 16 years of age but has not yet started her period. The disorder may be caused when the teenage girl has low body weight while participating in excessive exercise. The condition may also be a result of eating disorders or medications. Primary amenorrhea can also be caused by other circumstances, including:

While teenage girls may feel embarrassed to discuss primary amenorrhea symptoms, it is important for her physical and emotional well-being to seek medical attention by a gynecologist at Rosemark.

Women who have missed their period for three or more months are advised to see a gynecologist for an evaluation.

Heavy bleeding is diagnosed if it interferes with normal activities or if the blood loss is so heavy that a change of pad or tampon is required every hour instead of three or four times a day. Loss of blood during a normal period is about 5 tablespoons, but with a heavy period, a woman may bleed greater than 10 times.

Heavy bleeding can be caused by hormonal imbalances, medical conditions, polyps or fibroids. It is common for heavy bleeding to be caused by the production of too much or too little estrogen or progesterone. These hormones help keep a woman’s period regular.

Heavy bleeding may be attributed to the stage of life. For example, a teen may have just begun having periods. Another example could be a woman who is in her late 40s or early 50s and is getting closer to menopause.

To identify the underlying condition, it is important to see a Rosemark gynecologist for testing, diagnosis and treatment.