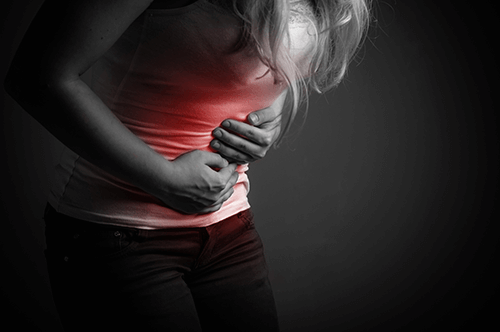 Endometriosis is a condition where endometrial tissue that lines the wall of the uterus grows outside the uterus.

Endometriosis is most often diagnosed in women that are between 30 and 40 years old. It occurs only in about 10% of women in their reproductive age.

Endometrial implants respond to changes in the female hormone, estrogen. The implants may grow and bleed like the uterine lining does during your period. Tissue around the area can become irritated, inflamed, and swollen. Scar tissue (adhesion), may be formed due to the breakdown and bleeding of this tissue each month. Sometimes an adhesion can cause organs to stick together.

While many women with endometriosis have no symptoms, some will experience:

Before and during your period the bleeding, inflammation, and scarring can cause pain.

The first step in finding out if a woman has endometriosis is to schedule an appointment with a Rosemark provider. The gynecologist will do a physical exam which will include a pelvic exam. To best diagnose endometriosis, a diagnostic laparoscopy procedure will be performed. During the laparoscopy, a small amount of tissue is removed and the sample will be sent to a pathology lab for examination. This is procedure is called a biopsy collection.  Based on the evaluation and biopsy report, a diagnosis of endometriosis or another condition, like adenomyosis, will be made.

Treatment for endometriosis depends on the extent of the disease, symptoms, and whether the patient wants to have children. Endometriosis may be treated with medication, through a surgical procedure to remove the endometriosis, or both. Medication is usually suggested first if pain is the primary problem.